China semis output still up in 2014 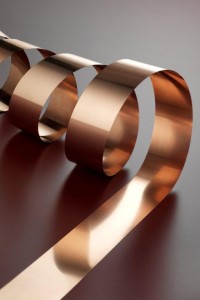 Also in the course of 2014, the Chinese production of copper and copper alloy semi-finished products keeps on growing steadily. This is the main outcome coming from the latest figures released by the Chinese National Bureau of Statistics (NBS).

During the first four months of 2014, the Chinese output of copper semis reached 5.04 million tonnes, up 20.5% compared to a year earlier.

April figures showed, however, a slight discrepancy between annual and monthly variations: when compared to a year ago, the production continued to report double-digit growth rates (+21.6%, up to 1.45 million tonnes), while, compared to March, it slightly decreased by -2.1%.

This is not sufficient to confirm a clear reversal of trend and it will occur some months to identify the real trend now in place on the Chinese market for copper semis. In the meantime, according to what reported by the NBS, the operating rate at copper Chinese fabricators stood high in April at 74.85%.

The dynamism of Chinese fabricators is evident on both their domestic market and on an international scale. An example? The recent operations finalized by Golden Dragon Precise Copper Tube Group Inc., the world largest fabricator for HVACR copper tubes.

Last May 28th the Chinese giant inaugurated its new US$100 million (€74 million) plant for copper tubes in Wilcox County, Alabama (United States). Golden Dragon decided to set up a plant at the end of 2010, when the US International Trade Commission introduced harsh anti-dumping US$100 million duties on the imports of copper tube from China and from Mexico (Golden Dragon runs own facilities in both countries). The new plant, expected to have an annual capacity of 50 kt, will employ 150 people, expanding to 300 over the next 18 months.

Golden Dragon is also pursuing a portfolio diversification strategy. Last February the Chinese Group signed a 50:50 joint-venture agreement with the Italian-based Intek Group (KME) to build a new plant for copper and copper alloy strips for connectors in the city of Xinxiang (Henan Province). Intek will contribute to the JV with the German plant of Stolberg, the technological connector knowhow and some unused and revamped equipment, while Golden Dragon will pay US$100 million to build the new plant. The deal marks Golden Dragon’s entry in the market for rolled products. Could other steps follow soon?  Stay tuned to discover it…..

Are you interested in getting the latest news surrounding the world of copper and copper alloys semi-finished products? Contact us and we will be glad to show you our publications available on subscription!